Peter Hogan is considered an expert on claiming empty or abandoned properties for his own portfolio.  It may seem too good to be true. It’s not…

Read on for a whistle stop history lesson from Peter on claiming properties and how you can profit from them.
William the Conqueror started it.  The Law of Adverse Possession that is…

The Law of what…? I hear you ask.  Adverse Possession.

It means that you can take possession of empty or abandoned property or land and, if you possess it continuously for a certain period of time, you can claim full title to it, 100% legally.

So what has William the Conqueror got to do with it?  Well, in 1066 he came over here from France and beat us at the Battle of Hastings, proclaimed himself King, and declared that from then on all land in the country belonged to the Crown. (It still does, incidentally, so whilst you may own your house, you don’t own the land it stands on, you borrow it from the Crown.)  Of course, we are allowed to trade land, bequeath it and use it, but if a person dies intestate (with no heir, or without leaving a will) that land reverts to the Crown, who owned it in the first place, and is then known as bona vacantia, or vacant goods.)

Now, it’s one thing declaring yourself (or the Crown) owner of the country, but managing it is quite another thing altogether, and William would have had major problems trying to do that.  His answer was to divide the country up into smaller parcels of land called estates, or manors, and to control these manors. He created lords, – the ‘Lords of the Manor’ – and there were just under 2000 of these manors.  The titles, and the manors, still exist today.

The Lords had duties, either to pay taxes, or food or livestock etc to the Crown, and others would be called upon to provide soldiers in times of need. The Lord would be required to lead those soldiers.

In the event of the Lord dying in battle – or anywhere else for that matter – and not leaving any heirs, any other Lord was free to take possession of his land and property. Then after continuous possession of six months he could legally claim the land and the title.  This was necessary to prevent the land from falling into disuse or into the hands of common people. It also ensured the continuation of payment of taxes etc to the Crown.

You know about squatters, of course. You’ve seen the stories on the news – usually when they are being evicted from a trashed, graffiti-daubed shell of what used to be someone’s home. You’ve tutted, probably saying something like ‘Disgraceful, shouldn’t be allowed’.

At this point lest us state emphatically that as professional investors we distance ourselves from the illegal activities of the ‘squatters’.  We NEVER possess properties where we can trace the owners, and we certainly NEVER possess properties where the owners have left temporarily, for example, on holiday.  That is just plain wrong, in my view.  No, the properties or land we possess have no known, traceable owner.  We may spend up to six months, and use the services of a professional tracing agency in an effort to find the owner.  If, between us, we cannot find any owner during that time, then we may feel it is safe to go ahead….

So, what is the law?  According to Pearce Legal, the law says that if you can possess, in adversity (without permission) any property or land for ten years (registered) or twelve years (unregistered) then you can apply to land registry to claim title to that land, and, if you are successful you will receive the title deeds.

Once you have the title deeds you can do what you like with the land/property, including selling it, and you have no mortgage, remember!  However, you can use the property during the qualifying period. Indeed, it would probably be advantageous to do so, as it would help to establish your rights when you came to claim title.

There are certain conditions you must comply with during your qualifying period (the legal term is animus possidendi) but they are not onerous – quite reasonable, in fact.

During your possession you must:

•  Show an intention to possess (not necessarily to own) the property or land.

•  Your possession must be continuous.

•  Your possession must be open.

•  Your possession must be factual.

Let us use a patch of waste ground as an example.

You have identified a plot of overgrown waste land near where you live.  It has been unused for as long as anyone remembers, and is overgrown, with the inevitable rubbish dumped on it.

The first job is to claim it.  This is as simple as posting a notice, saying ‘Private property, Keep out’, and showing your name and telephone number.

Legally, posting this notice gives you the second best claim to the land, after the legal title owner. The law says that you must take factual ownership, and this means exclusive ownership, so you should fence off the land, keeping it for yourself.

You can let other people use the land, but make it plain that it is with your permission. You can make a gate, and padlock it, and as you have the only key, you have demonstrated exclusive possession.

If it is registered, you will have the name of the owner.  Your task now is to make every effort to trace that owner, and don’t take shortcuts; they will come back to haunt you.

Or rather, the owner will….

If you do manage to trace the owner, and he is likely to return and disrupt your possession, the best bet may be to contact him and offer him a deal, although in my experience very few, if any, owners of deteriorating property or land are prepared to sell: they have doubtless had many offers before, and could have sold many times.  I have never figured out why people are prepared to let land or property deteriorate to their personal financial detriment, but they do, and I now no longer question it, I just accept the fact that there is ‘nowt as strange as folk’, as we say ‘up North’.

It is quite likely, however, that the land will be unregistered.  That means that it has not changed hands since at least 1974, and your job of identifying and tracing the owner is more difficult.  It does, however, make ultimate ownership much easier.

If you can trace the owner, determine the likelihood of their returning to the property.  If they have emigrated to, say, Australia 25 years ago, they are unlikely to suddenly turn up.  If they live three streets away, they almost certainly will.

I was running an Adverse Possession course last July, and one of the attendees, who lives in North London, was very excited.  He had lived in his road for the last twelve years, and there was a house that had been empty for all that time.  He was going to claim possession that very evening.  By 12 noon the next day the owner contacted him: he had lived in the street all that time, watching the house deteriorate, and doing nothing about it.  No-one knew he owned the property.

In legal terms, ‘The clock starts ticking’ the moment you post the notice on the land, so you have nothing to lose by taking as much time as you like trying to trace the owner.  I cannot emphasise enough, however, how important this due diligence is. Don’t take chances, don’t take risks.  If you are at all unsure, move on to the next plot – there are plenty around.  The only time I ever ‘lost’ a property through the owner turning up was because I had taken a short cut on the due diligence. Never again.

So let us assume you have done all you could to trace the owners.  The council have no information, and your tracing agency cannot find them.  No-one has shown any kind of possession or ownership for many years, so you feel it is safe to continue.  The law expects you to treat the land as if it were your own, so do so.  Depending where it is, you could rent it out as car parking, or as allotments.  That would make some income, but you don’t have to do anything.  Having said that, you do need to show continuous possession (animus possidendi) so you should clear the rubbish and trim the grass periodically, so that people can clearly see that someone has possession.

It is now merely a case of waiting for time to pass.  In this case, ten years, as the land is registered.  Sounds a long time?  Don’t worry, ten years will pass – it always does, and you may as well have the land coming to you at that point as not.

I recently identified, and claimed, a large area of land in London, approximately ten acres.  It is surrounded by residential property, and is close to a main road into London.  It is unregistered, and no-one knows who owns it.  It has been vacant for many, many years.  It is probably worth in the region of £10m today,

Any guesses as to its value in twelve years time?  I can wait – it’s my pension!

So, the time has passed, and you are ready to claim possession? Are you trying to sell your home but find it challenging to succeed at this task? Your home in Surrey may be in the market for months without any hint of an offer from potential buyers and waiting for the home to sell can be a stressful process. If your home isn’t... 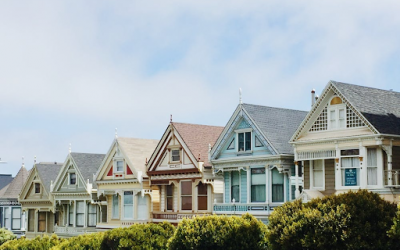 How Does Low Housing Inventory Impact The Real Estate Market

Buying a house is often a one-time exciting life event but many people struggle to find the house of their dreams because of the lack of options available on the real estate market. Low inventory is causing a headache to communities across the country. To understand... The housing market in the UK in 2022 was chaotic, frantic and dynamic, to say the least. In 2022, the average price of property in the UK saw a record high on eight different occasions. To top it off, property prices hit a record high once again in January 2022. From...

Get the latest property information and advice too. Register Interest